Have you ever visited WillRobotsTakeMyJob.com? It’s pretty straightforward: You type in your profession, and you’re instantly told what the likelihood is of a robot taking your job in the future. (It made our list of “25 Websites You Don’t Know, but We Promise They’ll Blow You Away,” which you should definitely check out.)

The website is a bit tongue in cheek, but there is certainly some truth to human jobs becoming electronically automated.

If you work or shop at Walmart, you’re seeing it firsthand.

Over the past three years, the retail giant has experimented with shelf-scanning robots at select stores in California, Arkansas, and Pennsylvania. If you haven’t seen these robots (and chances are that you haven’t), they go up and down aisles and flag items that are out of stock, incorrectly priced, or mislabeled.

Apparently these robots are doing their jobs effectively and efficiently, because Walmart has announced that its robot initiative will be expanded. According to CNN, robots will be in 50 stores — in locations such as Fort Worth, El Paso, and Jacksonville — by January.

Walmart has been quick to point out that, despite its increasing reliance on robots, the machines are not a threat to human employees’ jobs.

“We will always need great people in our stores working hard for our customers,” Justin Rushing, the company’s spokesman, told CNNMoney. “This technology is a tool that helps our associates know where they can make the biggest difference for our customers.”

How do you feel about the expansion of robots at Walmart? Do you believe that they’ll eventually take away jobs, or are they just a flash in the pan that won’t last? Make sure to comment on this story below and SHARE it with your friends. 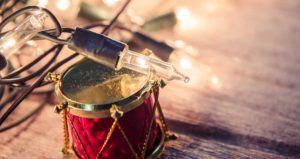 Many Dollar Store Items Are More Toxic Than You Realize - Here Are the Ones to Avoid
For millions of Americans, the local dollar store is a necessary part of their financial budget. The low-priced items are a way for families to afford necessities, from school lunches, ...
click here to read more
Advertisement - Continue reading below
Share  On Facebook