We don’t often think about scary diseases like meningitis unless they touch our lives in some way. Most of us take our good health for granted, when really, we should be thankful each and every day. Four-year-old Jazmyn Parkyn recently experienced a brush with a potentially fatal infection called meningococcal B, and she is lucky to be alive today. Her parents are sharing her story in order to spread awareness and prevent others from experiencing the same thing.

When Jazmyn’s parents, Sarah and Aaron, first noticed a spot on her chest, they assumed it was a bruise.

However, it turned out to be a symptom of meningococcal B, something that Jazmyn was not immunized against because it is only available privately in South Australia, where they live.

“She was completely up to date with her immunizations, but we had no idea that this didn’t include being covered against the B strain,” said Sarah.

“At the moment, you have to pay for it privately, which we would have done, had we known.”

Things got worse when Jazmyn developed a fever, and then she began to feel extreme pain in her legs when anything came into contact with them. Sarah noticed that Jazmyn now had marks on her legs, but didn’t think it was anything more than a heat rash.

When she took Jazmyn to the doctor, she was diagnosed with meningococcal B, and she had to stay in the pediatric intensive care unit for 3 days.

The dark spots spread all over Jazmyn’s body, and she had to have a series of skin grafts to cover the deep welts of dead tissue on her body.

Thankfully, Jazmyn is recovering now, but her parents are petitioning Australian parliament to make a vaccine against strain B a standard vaccine.

“The word is getting out there. We just want to make sure nobody else goes through what we have,” said Sarah. 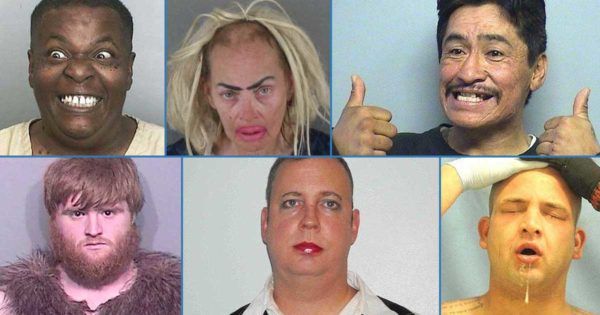 Hilarious Vegas Mug Shots We're Glad Didn't Stay in Sin City
“What happens in Vegas, stays in Vegas,” they say. That seems to hold true, unless you get arrested, because your mug shot certainly isn’t going to stay in Vegas. How ...
click here to read more
Advertisement - Continue reading below
Share  On Facebook

This Artist Is Rediscovering Southern America In His Homemade “Shanty Boat”

Beloved But Forgotten Snacks From Your Childhood

What’s Next For Prince Charles & The Royal Family?