WASHINGTON, June 29, 2017 /PRNewswire-USNewswire/ — President Trump’s plan to withdraw the U.S. from the Paris climate agreement could seriously harm public health for decades, worsening summer heatwaves that could kill 13,860 Americans each year by mid-century, and as many as 29,850 a year by the end of the century, a report released today shows.

That translates to about 150 Americans dying daily in the 2040s and about 325 dying each climate-fueled hot summer day in the 2090s in 45 of the nation’s largest cities.

This all could unfold if the United States doesn’t move, and soon, to slash the key driver of climate change, carbon pollution from power plants and vehicles, according to the report “Killer Summer Heat, Paris Agreement Compliance Could Avert Hundreds of Thousands of Needless Deaths in America’s Cities,” released by the Natural Resources Defense Council.

The top 15 cities in order of potential annual deaths by the 2090s are:

“This report carries a dire warning: Reneging on our climate commitments could cause tens of thousands of Americans to die,” said Juanita Constible, special projects director in NRDC’s Climate & Clean Air program. “If carbon pollution isn’t reined in, climate change will continue superheating summer with terrible consequences for public health in some of our biggest cities.

“Congress and President Trump should act, and soon, to protect Americans from these needless summer deaths. That’s starting with supporting — not gutting — the Environmental Protection Agency and re-instating our international commitments to fight climate change.”

Enormous human misery could be avoided, the report says, if the U.S. remains in the Paris Agreement and fulfills its commitments to the global agreement to address climate change and accelerate a transition to clean energy. For the United States, that means adhering to — not undoing — former President Obama’s climate action plan that would reduce carbon pollution from the nation’s largest sources: power plants and vehicles.

The report warns that abandoning the U.S. climate commitment in the Paris pact could cause a spike in excess deaths on dangerous summer days in the 2090s that would be comparable to the 28,344 Americans who died from prostate cancer in 2014, and nearly double the 15,872 homicides across the country in the same year.

President Trump announced on June 1, 2017 that the U.S. would withdraw from the Paris Agreement, over the objections of more than 1,000 companies, cities, mayors, other elected officials and 69 percent of Americans who support the plan to reduce the use of fossil fuels to safeguard the planet from climate harm and hazard.

Already, the growing concentration of carbon pollution and other climate pollutants in the Earth’s atmosphere is driving temperatures into uncharted territory for mankind. Sixteen of the 17 hottest years since recordkeeping began in the 1880s have occurred in this century.

City dwellers are especially vulnerable to climate impacts because of the heat island effect. Urban areas are hotter than suburban and rural areas because of their concentration of buildings, pavement and roofing, which intensify summer temperatures. And the most vulnerable to the impact from the heat island effect are the elderly, the young, the poor and people of color, the report finds.

To reach their conclusions, the report authors relied on analysis using a weather classification system called Spatial Synoptic Classification, which researchers have used since at least 1996 to study relationships between dangerous weather and human health.

The analysis estimated the historical number of dangerous summer days in the country’s largest urban areas with populations exceeding one million and the relationship to excess deaths — those above the daily standardized summertime average for that area. That was calculated against a no-action scenario of continued heavy use of fossil fuels, and an intermediate scenario factoring in expansion of clean energy.

The report shows that full implementation of the Paris Agreement will help limit global warming and could reduce excess American deaths each summer. But even with full compliance deaths during dangerous summer days will increase. The results affirm that that the U.S. and the world must go further than the Paris Agreement’s goals to best protect human health from climate change.

Meanwhile, the report finds, cities and states should continue to strengthen their heat protection and response capabilities in anticipation of more dangerous summer days, regardless of how the Paris Agreement progresses.

A blog by Juanita Constible, special projects director in NRDC’s Climate and Clean Air Program, about the report is here: https://www.nrdc.org/experts/want-reduce-needless-summertime-deaths-act-climate

The Natural Resources Defense Council (NRDC) is an international nonprofit environmental organization with more than 2 million members and online activists. Since 1970, our lawyers, scientists, and other environmental specialists have worked to protect the world’s natural resources, public health, and the environment. NRDC has offices in New York City; Washington, D.C.; Los Angeles; San Francisco; Chicago; Bozeman, Montana; and Beijing. Visit us at www.nrdc.org and follow us on Twitter @NRDC. 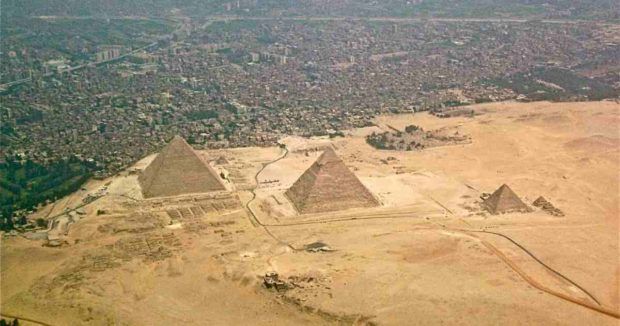 The Craziest Conspiracy Theories of All Time
From the dark corners of the internet, some of the craziest conspiracy theories ever have been thought up, and the truly crazy thing is that each one has some sort ...
click here to read more
Advertisement - Continue reading below
Share  On Facebook

The Most Popular Happy Meal Toy the Year You Were Born