(Reuters) – The FBI and San Diego police are investigating a threatening message posted on Craigslist that praised the deadly shooting rampage at a gay nightclub in Orlando, Florida, officials said on Wednesday.

Darrell Foxworth, a spokesman for the Federal Bureau of Investigation’s San Diego division, confirmed the agency was looking into the post and attempting to identify the person responsible.

Both the FBI and San Diego police said there were no known credible threats to the region.

Local broadcaster KGTV reported that the message was posted in the men-seeking-men section of Craigslist in San Diego.

“Orlando was long overdue. Cleanse your community of the filth that gives decent gay men and women a bad name. Those people were walking diseases, bug chasers, and thank god for AIDS and 9-11 and now Orlando. San Diego you are next,” the message read, according to KGTV.

A viewer took a screenshot of the message, which included a picture of a revolver being fired, and sent it to the news outlet before it was flagged and removed from the website, KGTV reported.

In Houston, police said on Wednesday they were investigating a threat made on Twitter of a mass shooting against the city’s Gay Pride parade, scheduled for June 25. The threat was made on Monday, police said, though there were no plans to cancel the event.

In Seattle, the FBI said on Wednesday that they were investigating threats against Muslims and LGBT bars in the area, though none had been identified as specific or credible. Seattle police arrested a man on Tuesday who had threatened a city mosque.

In the attack in Orlando on Sunday, a gunman opened fire at the Pulse club, killing 49 people and wounding dozens more in the worst mass shooting in modern U.S. history. The shooter, identified as Omar Mateen, was shot to death by police after a three-hour rampage through the nightclub. 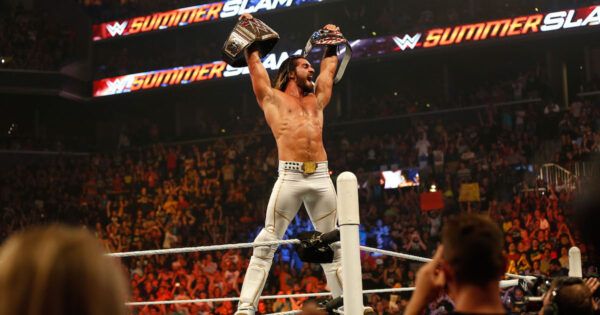 The Highest Paid Wrestlers Of All Time
For most of the last 30 years, Vince McMahon’s WWE has been the most dominant professional wrestling promotion in the world, and home to the highest-paid wrestlers in the industry. ...
click here to read more
Advertisement - Continue reading below
Share  On Facebook

Groovy, Rare Vintage Photos That Will Take You Down Memory Lane