SANTIAGO (Reuters) – An army lieutenant under late Chilean strongman Augusto Pinochet will face a civil trial in Florida this month for his involvement in the 1973 murder of Chilean folk singer Victor Jara, the U.S. human rights group bringing the suit said on Thursday.

Jara, also a poet and political activist, inspired generations of artists from U2 to Bruce Springsteen with his lyrical odes to the working class. A communist, he fell afoul of the Chilean government when leftist president Salvador Allende was overthrown by right-wing Pinochet in a bloody 1973 military coup.

During Pinochet’s rule, which lasted until 1990, an estimated 3,200 people were killed and 28,000 tortured by the state. According to Chilean court documents, Jara was shot dead by soldiers in Chile’s Estadio Nacional, which served as a mass detention and torture center in the early days the military government. His death soon became a potent symbol of the era’s abuses.

A high-ranking official was arrested for his involvement in the murder in 2008, and in 2012 a Chilean judge ordered the arrest of an additional eight soldiers.

But one of those soldiers, Pedro Pablo Barrientos Nunez lives in Deltona, Florida rather than Chile, and the United States has not acted on Chile’s extradition request.

In 2013, the Center for Justice and Accountability (CJA), an organization dedicated to preventing severe human rights abuses, filed a civil suit against Barrientos on behalf of Jara’s widow and daughters. The trial is set to take place in the district court in Orlando from June 13 to 29, the group said Thursday.

“We stand by allegations that he was the one who tortured and murdered Victor Jara, or at the very least he aided and abetted in his death, and in either case he is liable for what happened,” CJA Executive Director Dixon Osburn told Reuters.

Osburn added that the CJA hoped the civil trial will push U.S. authorities to act on Chile’s extradition request, and will shed light on the abuses that took place in Estadio Nacional in the days after the coup.

Legal representatives for Barrientos could not be immediately reached for comment. 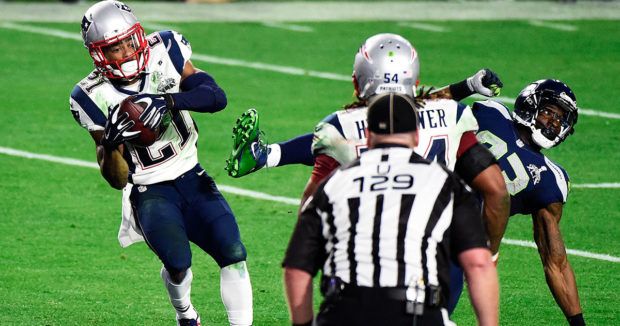 The Most Memorable Games, Plays, and Moments in Super Bowl History
Since the Super Bowl (then known as the AFL-NFL World Championship Game) was first played over 50 years ago, the NFL’s championship game has become the biggest event in American ...
click here to read more
Advertisement - Continue reading below
Share  On Facebook