(Reuters) – Planned Parenthood, a U.S. women’s healthcare and abortion provider, has filed a federal lawsuit against the state of Kansas over a plan to strip it of government healthcare funding, court records showed.

The footage gave rise to accusations that Planned Parenthood trafficked in body parts, which the group denies.

Abortion continues to be a highly contentious issue in the United States, where the procedure is legal but can be limited and regulated by individual states.

Abortion laws in Kansas are among the strictest in the United States. Last year, a Kansas judge blocked a law signed by Governor Sam Brownback, a Republican, that would have banned a common second trimester abortion procedure.

The Kansas Department of Health and Environment plans to cut Planned Parenthood off from state Medicaid funds beginning next Tuesday, according to court documents.

Planned Parenthood filed its lawsuit against Kansas on Wednesday, arguing the state will break federal law and violate the U.S. Constitution when it follows Brownback’s order to cut funding, the court records showed.

“This action challenges the unlawful, unwarranted and politically motivated decision,” the suit said.

Brownback, a Republican, has said he would ensure that no taxpayer money would go to Planned Parenthood.

By cutting funds to the organization, he wanted “to protect the unborn and support a culture of life in Kansas,” said Eileen Hawley, the governor’s spokeswoman, in an email to the Wichita Eagle newspaper published on Wednesday.

In April, federal Medicaid Director Vikki Wachino sent the letter to Medicaid agencies in all 50 U.S. states, warning them against cutting off funds to Planned Parenthood.

Wachino’s letter did not name Planned Parenthood directly, but said state Medicaid funds for healthcare providers may only be restricted if the provider cannot perform covered medical services or bill for services appropriately. 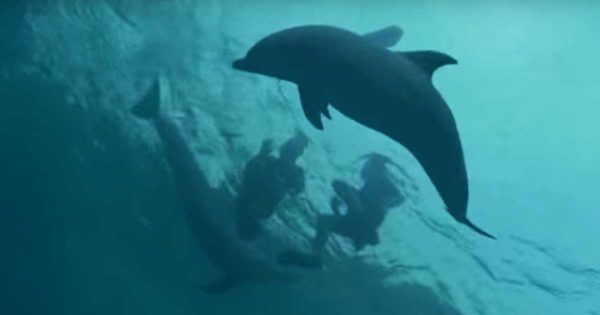 Incredible Moments When an Animal Saved a Human's Life
Animals and humans have long had a special connection. Humans are, after all, a different type of animal, more evolved with our ability for rational thought, but both humans and ...
click here to read more
Advertisement - Continue reading below
Share  On Facebook

Male suspect in 1983 murders may be living in L.A. as a woman: police