A very British, and muddy, Glastonbury wraps up for another year

GLASTONBURY, England (Reuters) – As weary Glastonbury fans extricated their tents and cars from the ankle-deep mud on Monday morning, they could at least bathe in the glow of a “Best of British” music festival that did something to dispel their gloom at seeing fellow Britons vote to leave the EU.

Although Glastonbury, held at a dairy farm in Somerset, southwestern England, is well-known for its wet and muddy conditions, this year’s festival was particularly soggy, with rain falling on every day of the event.

With some car parks flooded, many of those departing had to get local farmers to come and help tow vehicles away – for a fee.

Michael Eavis, who founded the music and performing arts festival in 1970, told the Guardian newspaper that “every single bit of wood chip in the south of England” had been brought to the festival site in an attempt to improve the muddy conditions.

“I’ve never seen mud like it in my whole life,” he told the newspaper. “In all 46 years, it hasn’t been as bad as this.”

British superband Coldplay closed the festival in spectacular fashion on Sunday night, reeling off hit after hit, lighting up both the stage and the crowd, and sending revelers off into the night singing.

Eavis came on stage at the end of Coldplay’s set to sing Frank Sinatra’s “My Way”, accompanied on the piano by the band’s front man, Chris Martin. With lyrics such as “And now, the end is near”, the song choice sparked rumors that 80-year-old Eavis was stepping down as festival organizer.

Coldplay, who have headlined the festival a record-breaking four times, had earlier brought on Barry Gibb of the Bee Gees for two songs, including the Bee Gees’ hit “Staying Alive”, which provoked ecstatic screams from the crowd.

Around 100,000 multi-colored LED wristbands, which lit up in different colors in time with the music, had been distributed by festival staff throughout the day to revellers. Along with balloons, confetti, lasers and fireworks, they made for a stunning show.

Coldplay also paid tribute to British band Viola Beach, whose four young members tragically died in a road accident earlier this year, projecting a video of the band singing “Boys Don’t Sing” before joining in to sing along.

Coldplay was the final part of an all-British headliner line-up at this year’s festival, the first since 2013, with Muse closing proceedings on the main stage on Friday night and Saturday night’s headline slot taken by songstress Adele.

The 28-year-old singer, who last played at the festival on a small stage nine years ago, put on an expletive-filled, crowdpleasing show of her chart-topping hits, telling the tens of thousands who had gathered to watch her that performing on the Pyramid stage was the best moment of her life.

Adele, who has sold over 50 million records and last month won the Ivor Novello award for songwriter of the year, presented herself as a down-to-earth, unpretentious Londoner, often exclaiming “oh my God” and telling the crowd she was nervous.

“You know how rock and roll I am? Not very, but the BBC had to give a warning about my potty mouth before I went on,” she said, to the amusement and delight of the crowd. “I bet Muse didn’t get that.”

Corbyn, who cancelled his scheduled talk at the festival, is under pressure to stand down following a wave of resignations by senior lawmakers, who have quit over what they perceive as his failure to convince Labour supporters to vote to stay in the European Union.

The vote to leave the EU caused shockwaves on Friday among festival-goers, 83 percent of whom had voted to stay in the EU, according to a survey by the Times newspaper. Many performers expressed their disappointment over the vote, and a poem was produced by Glastonbury’s organizers and displayed throughout the festival.

“As the country is divided – in this field we belong, embrace your fellow Glastonberry, as they are feeling just like you,” it read. “Goodbye old friend, we’ll miss you a lot, our little mate the EU.” 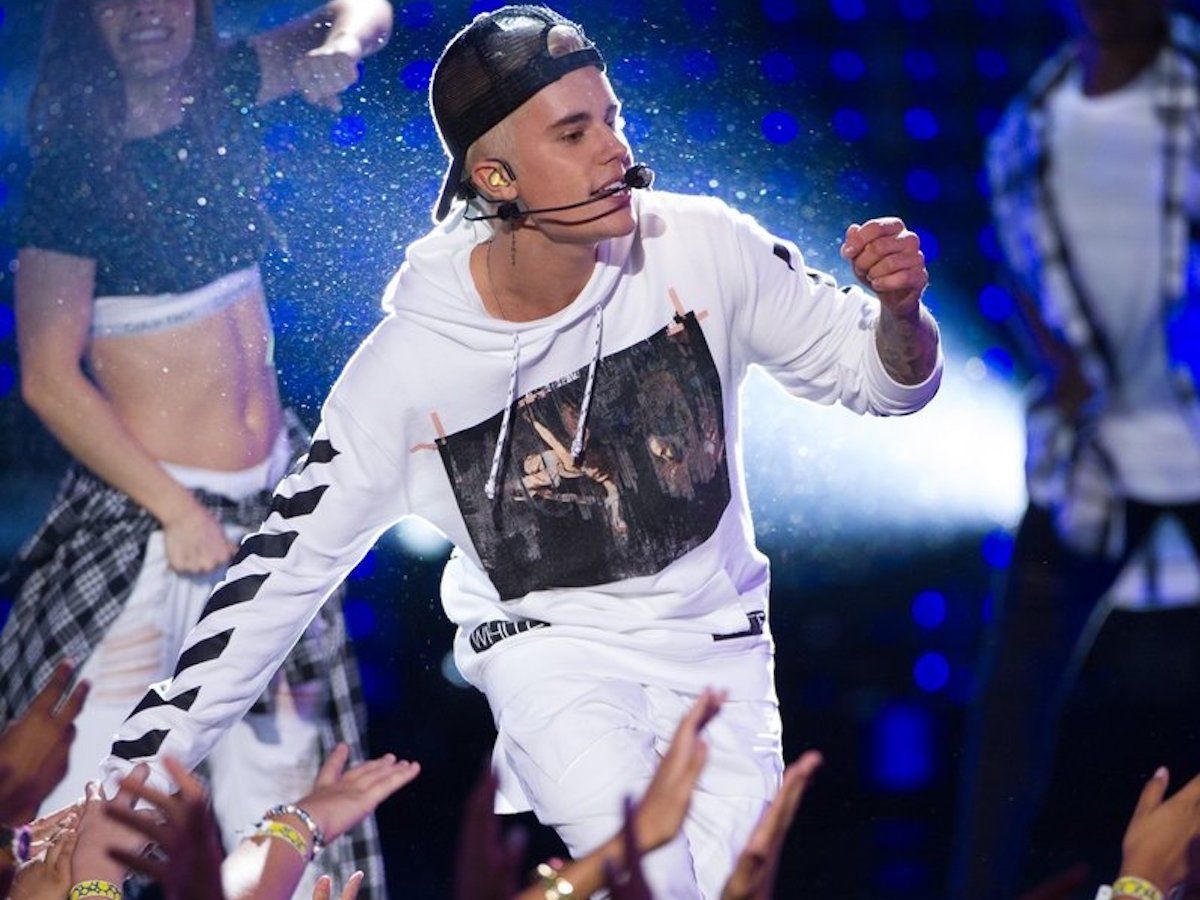