(Reuters) – Brett Favre, who will be inducted as a first ballot Hall of Famer at the Canton, Ohio shrine next month, set scores of NFL records during his 20-year career at quarterback, including a seemingly unbreakable Iron Man mark.

Yet the man who ended up playing 297 straight games (321 including playoffs) was nearly shut down by a failed physical exam before his career took off.

“I hurt my hip in the East-West Shrine (college All-Star) game and was diagnosed with avascular necrosis of the hip, sort of like what Bo Jackson had, when blood supply is cut off to a joint,” Favre told a conference call on Tuesday.

Favre said the diagnosis turned many teams away ahead of the 1991 NFL Draft, where the University of Southern Mississippi quarterback fell to the second round, taken by the Atlanta Falcons with the 33rd overall pick.

Green Bay’s first-year general manager Ron Wolf, who had admired Favre’s talent the year before when he was on the New York Jets staff, dealt a 1992 first-round pick to Atlanta to obtain the fearless, strong-armed Favre.

“I was traded to Green Bay and was reevaluated that year and was more or less flunked, if you will. Ron overruled that. He said ‘I’ll take whatever years he can possibly give us.’

“The debt of gratitude (I have) is forever payable. I’ve told Ron that over and over again. I had a conversation with him last night. We’re both always so thankful for each other.”

Favre’s jersey preceded him to Canton by 17 years, as the one he wore for his record-breaking 117th consecutive start at quarterback was put into a Hall of Fame exhibition in 1999.

Favre went on to play 16 seasons with the Packers. He played in two Super Bowls, winning one, and became the first player to win three NFL MVP awards in a row during his Green Bay tenure.

“A wonderful story,” said Favre, whose irrepressible belief in his rifle arm prompted him to fire away at defenses, earning him the nickname “Gunslinger.”

“In his (Wolf’s) case by sticking his neck out there. Boy, what a gamble, and I’m forever thankful for that.

“And I know he has said over and over to me how thankful he is that it worked out, obviously.”

Iron Man Favre, who still holds a slew of NFL records including most passes and completions, started his first game in September 1992 and every game after that into January 2008.

Wolf was inducted into the Hall of Fame last year. 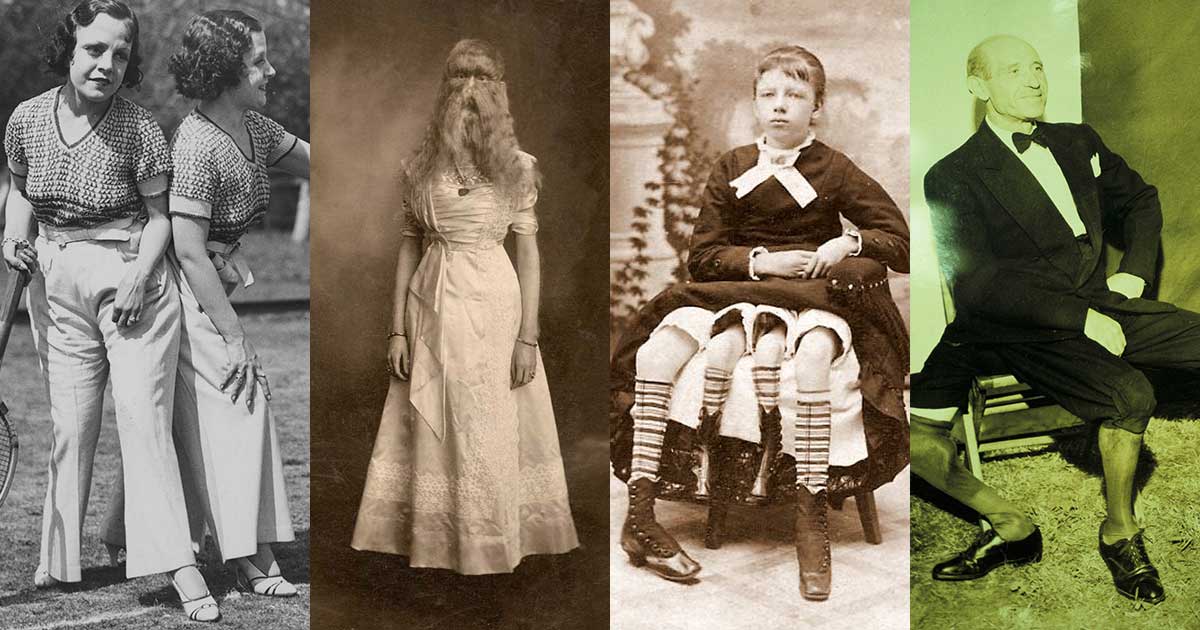 Vintage Photos From the Circus Reveal the Real Life, Behind-the-Sideshow Attractions
Rhetorical question: Have you ever seen someone who is different? We don’t just mean they have different colored eyes or hair. We mean different. It’s often human nature to marvel at ...
click here to read more
Advertisement - Continue reading below
Share  On Facebook