By Melissa Fares and Malathi Nayak

(Reuters) – Several online travel sites have seen a jump in queries from Americans about travel to the United Kingdom since it voted to leave the European Union, a sign so-called “Brexit” and the resulting drop in the value of the pound currency may spur U.S. visits to Britain.

One site found that more Britons were also asking about flights to the United States.

Travel agents, hotel chains and airlines say it is too early to tell if the vote has impacted bookings. Financial analysts at the Buckingham Research Group had predicted a “Brexit” would slow the British economy and airline sales. But some U.S. travel agents are advising travelers to book U.K. trips now and expect to see a bump in bookings with time.

On June 24, the day after Britain voted to leave the European Union, Priceline Group Inc’s Kayak, said it saw a 54 percent increase in U.S. searches exploring fares to the United Kingdom compared to other Fridays in the month of June.

Flight searches from the U.K. for U.S. travel also rose 46 percent, according to Kayak.

“Americans may want to secure a great fare, while British may be worried that higher fares will soon hit the market,” said Billy Sanez, vice president of marketing and communications at FareCompare.com, which analyzes airfares, when shown the Kayak data.

A number of U.S. travel agents said they expected demand for British travel to emerge, but few had seen it yet.

Darcy Allen of New Hampshire-based boutique travel agency Travel by Darcy said some of her clients were locking down plans.

“They want to take advantage of the lower airfares and are willing to prepay hotels now to lock in the lower (currency) conversion,” she said. More visitors will come to Britain and Europe if the currencies continue to suffer, said George Hobica, founder of Airfarewatchdog.com, a low airfare alert site that covers all airlines. Longer term, if the British economy slows, “everything will be cheaper.” 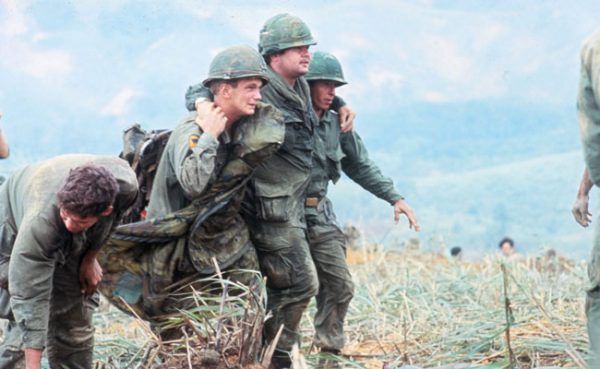 How Much Do You Know About the Vietnam War? Find Out!
The Vietnam War is still part of pop culture today, with hundreds of books, hit songs, and movies set during those turbulent years. However, real history is often stranger than ...
click here to read more
Advertisement - Continue reading below
Advertisement - Continue reading below
Share  On Facebook

Newly Discovered Titanic Photos Reveal Why It Sank So Quickly