(Reuters) – Lawyers made opening speeches on Monday in the Los Angeles trial of a German national dubbed the “Hollywood Arsonist” and charged with setting more than 40 fires across the city more than three years ago.

The fires, which caused damage estimated at $3 million, were mostly started in parked cars, with some spreading to carports and homes, leaving Los Angeles residents on edge.

“I will prove to you beyond a reasonable doubt that Harry Burkhart, who planned and executed this campaign of fire and fear, is guilty,” Sean Carney, the prosecutor and a Los Angeles deputy district attorney, told the jury.

“I will prove that he set these 51 fires and he is guilty of the 47 fires that he’s been charged with.”

Harry Burkhart, 29, who pleaded not guilty and not guilty by reason of insanity, sat quietly during the prosecution’s opening speech, but later whispered occasionally to his attorney, deputy public defender Steve Schoenfield.

Carney told the 12-member jury the defendant became enraged during the 2011 deportation hearing of his Russian-born mother, Dorothee Burkhart, who was ordered to be extradited to Germany to face criminal charges.

Investigators say that rage fueled Burkhart’s three-night arson spree that ended with his arrest in January 2012.

Burkhart’s attorney warned the jury against relying on circumstantial evidence to link his client to many of the fires, however.

Although evidence tied Burkhart to six or seven fires, the jury would be asked to convict for about 40 more on the basis of similar methods and the location and timing of the incidents, Schoenfield said.

“As you take in the evidence, I ask you to hold Mr. Carney to his burden of proof on all of the charges,” he added, urging the jury to keep an “open mind” during the trial. 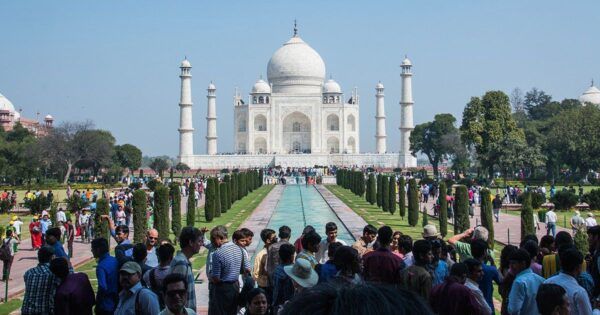 These Top Tourist Destinations Will Likely Leave You Disappointed
Love to travel? Yeah, we do too. And every serious traveler knows that the hardest part of the voyage actually occurs before you step foot on the plane. That’s when ...
click here to read more
Advertisement - Continue reading below
Advertisement - Continue reading below
Share  On Facebook

These Were Hollywood’s Biggest Hippies

Celebrities Who Started as Cheerleaders Before They Were Famous

Terrible Fashion Trends That Should Be Banned for Good