CHICAGO (Reuters) – A teenager who was shot and killed by Chicago police officers last month suffered a single gunshot wound to his back, according to an autopsy by the Cook County medical examiner’s office made public on Wednesday.

Toxicology reports also found 18-year-old Paul O’Neal did not have drugs in his system. His death has been ruled a homicide, the autopsy report said.

“We knew he (O’Neal) didn’t have any drugs in his system,” said Michael Oppenheimer, a lawyer for O’Neal’s family. “We’re pleased for that.”

O’Neal, who was not armed, was fatally wounded by police officers on July 28 after he crashed a stolen Jaguar into a police car and then fled into a backyard where he was shot.

During the foot chase shots were fired by unidentified officers at the scene. An officer “believing the shots being fired were coming from O’Neal fired his Glock 9mm handgun five times in an attempt to stop the threat,” the autopsy said.

The shooting death of O’Neal adds to list of fatal encounters between police and black men and women in U.S. cities that have fueled protests over the past two years and stoked a national debate on race and police tactics.

The Chicago Police Department is currently facing a federal probe of allegations of racism and abuse against minorities. Protests rocked the city last year after dashboard video showed another black 17-year-old teenager being shot by a white cop as he jogged away from police officers during an October 2014 encounter.

Authorities released videos that captured the moments before and after police shot O’Neal, but not the shooting itself because a police officer’s body camera was not recording. No firearms were found on O’Neal.

Three Chicago police officers have been stripped of their law enforcement authority, a more severe step than a mere suspension, for their roles in the shooting. 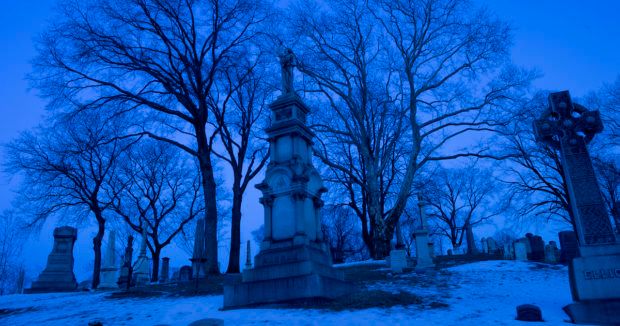 Creepy Cemeteries From Around the World
For millions of years, human beings have agonized what to do with the remains of their loved ones, with some coming up with… inventive solutions. However, sometimes these off-the-(sometimes literal)-wall ...
click here to read more
Advertisement - Continue reading below
Share  On Facebook

The Most Infamous Movie Villains, Then and Now