In the mid-1940s there wasn’t a cooler or more desired toy on the market than the Slinky.

Children wouldn’t just push a slinky down a flight of stairs and watch it work — they also challenged each other to create the coolest, most mind-boggling tricks possible with their metallic toy.

What many fans of the iconic toy might not realize is that it was invented completely by accident.

The Slinky story started in 1943, when Naval Mechanical Engineer Richard James, was stationed at the William Cramp and Sons shipyards in Philadelphia. He was developing springs that could support and stabilize sensitive instruments when ships traveled into rough seas.

As he reached for one of his springs it was knocked from a shelf. James noticed that the spring “stepped” in a series of arcs from a stack of books, to a tabletop, and eventually onto the floor, where it re-coiled itself.

James decided to perfect the Slinky and worked with various types of steel and tension levels. After one year of tinkering he was ready to introduce the slinky to the world.

His wife, Betty, had her doubts when he first started perfecting the toy. Those doubts were quickly swept away after she saw the final product.  Children in the couple’s neighborhood eagerly awaited their turn to play with the new toy.

It was Betty who named it Slinky, a term she found in the dictionary and  which stands for “sleek” and “graceful.”

Richard and Betty James took out a $500 loan and formed James Industries, originally known as the James Spring & Wire company.

The first 400 Slinky units were made by a local machine shop. Each toy was hand-wrapped in yellow paper, and priced at $1 a piece.

The toys were originally 2 ½” tall and featured 98 coils made from high-grade blue-black Swedish steel.

Toy stores quickly turned down the couple’s new invention. It looked as though the Slinky was going to fail. In 1945, Gimbels department store located in Philadelphia, Pennsylvania, decided to give the couple a chance to demonstrate their invention in the toy section of the store.

The toy sold out with 400 units being snatched up by eager children in just ninety minutes.

In 1946, Slinky was introduced at the American Toy Fair.

The toy became a national sensation after a commercial jingle proclaimed, “What walks down stairs alone or in pairs and makes a slinkety sound? A spring a spring, a marvelous thing. Everyone knows it’s Slinky!”

By the end of the 20th century there were already more than 250 million Slinkys sold.

In 2000 the Slinky was inducted into the toy hall of fame at The Strong: National Museum of Play.

The toy is still sold in stores around the world in both metal and plastic versions. The original Slinky though, remains the standard benchmark. 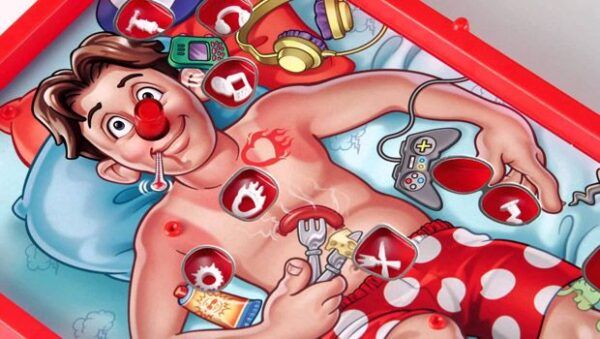