JOHANNESBURG (Reuters) – Action movie star and former California governor Arnold Schwarzenegger had a real-life adventure in Africa when he was on a safari vehicle that was charged by an elephant.

“Some of us had to change our pants,” he said on his Twitter feed after he posted a 30-second video of the brief encounter.

The elephant appeared in front of the vehicle and then walked off the road, circled the truck and then charged it from behind, ears flapping, as the vehicle picked up speed and pulled away.

The driver can be heard saying: “I think he’s ok now, he’s going to avoid us”, seconds before the charge.

Schwarzenegger did not identify the reserve where the charge took place.

Game drives and safaris are a major tourist attraction in several African countries, including South Africa, where Schwarzenegger had been for a sports festival at the weekend.

In some parts of the continent, elephants are being relentlessly poached for their ivory to meet Asian demand for the commodity.

Schwarzenegger tweeted: “I’m absolutely in awe of these beautiful animals, and I wish people would stop killing them for their ivory.” 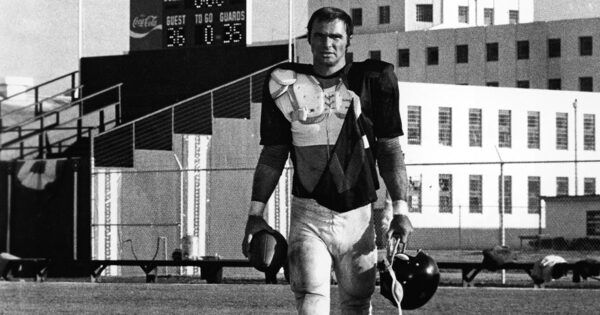 Did You Know That These Actors Were Extremely Talented Athletes?
Some lucky people hit the genetic jackpot: Not only are they extremely athletic, but they’re also gifted performers. Such people are special, and we’ve compiled a list of them here. This ...
click here to read more
Advertisement - Continue reading below
Advertisement - Continue reading below
Share  On Facebook

Eight passengers taken to hospital in Orlando after turbulent flight