(Editor’s note: this story contains language in paragraph three that may offend some readers)

(Reuters) – Taylor Swift and Kanye West won’t be shaking off their bad blood anytime soon, as the feud between the pop star and rapper over the lyrics of his single “Famous” took an ugly turn with the release of a video and phone call between the two music stars.

The video, released online on Sunday by West’s reality star wife, Kim Kardashian, was a recording of West chatting by phone with Swift earlier this year in which the “Shake It Off” singer gave her approval – at least in part – to the song, which she later deemed offensive and misogynistic.

“Famous,” released by West in February, contains the line, “I feel like me and Taylor might still have sex. I made that bitch famous.”

The trio, three of the biggest pop culture celebrities, have been fighting long distance via tabloid and social media for months over West’s insistence that Swift gave her blessing for the lyrics, and Swift’s strenuous denials.

According to video of the phone call, released by Kardashian on social media on Sunday after an episode of “Keeping up with the Kardashians,” Swift told West of the song, “I really appreciate you telling me about it. That’s really nice,” she says. “It’s all very tongue-in-cheek either way.”

“If people ask me about it, I think it would be great for me to be like, ‘Look, he called me and told me about the line,’” Swift says in the call, which took place before the February release of “Famous.”

On Sunday, however, Swift said that she had been secretly recorded by West and accused him of character assassination.

“Where is the video of Kanye telling me that he was going to call me ‘that bitch’ in his song?,” the 10-time Grammy winner wrote on her Instagram account on Sunday.

“It doesn’t exist because it never happened … While I wanted to be supportive of Kanye on the phone call, you cannot ‘approve’ a song you haven’t heard. Being falsely painted as a liar when I was never given the full story or played any part of the song is character assassination,” added Swift.

“Famous” refers to an infamous 2009 MTV Video Music Awards incident in which West snatched the microphone from Swift during her acceptance speech and declared that Beyonce should have won.

The pair publicly made up in August last year when Swift presented West with an lifetime award. 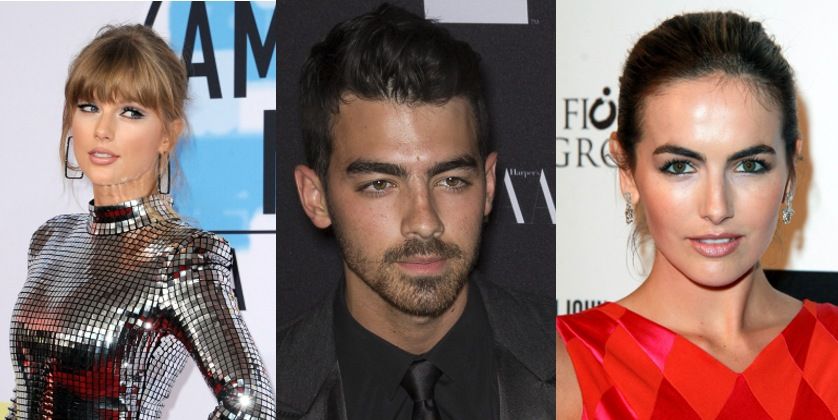 The Juiciest Celebrity Love Triangles to Ever Grace the Tabloids
For as long as America has been obsessed with the personal lives of celebrities – which has been well over 100 years at this point – there are have been ...
click here to read more
Advertisement - Continue reading below
Share  On Facebook

The Worst Reality TV Show Concepts Ever Made