SANTA FE, N.M. (Reuters) – A man accused of kidnapping an 11-year-old girl on a Navajo reservation in New Mexico and striking her on the head with a tire iron made his initial court appearance on Wednesday to face murder and other charges related to her death, prosecutors said.

Tom Begaye, Jr, 27, was arrested on Tuesday, hours after the body of 11-year-old Ashlynne Mike was found about 6 miles (9 km) south of Shiprock pinnacle – a rock formation that is a landmark of the Navajo Nation.

He appeared in court on Wednesday in Farmington, New Mexico, to face federal charges of murder, kidnapping a child and committing a crime on an American Indian reservation, prosecutors said in a statement. He did not enter a plea.

Navajo tribal officials previously said Mike was kidnapped on Monday in the area of Fruitland. An FBI agent in an affidavit filed along with the criminal complaint provided new details on the abduction and her slaying.

Mike’s 9-year-old brother told investigators the two of them got off a school bus on Monday, with two other children, and began playing in an irrigation canal, the court papers stated.

Begaye, who was driving a red van, pulled up and asked the brother and sister if they needed a ride, which they accepted because Mike had hurt her foot, according to the court papers.

The boy said Begaye later parked on a remote road, took Mike from the van and came back alone before ordering the boy out of the van, the court papers stated.

The boy was later found wandering alone and taken to police. Investigators used a description of the van to track Begaye to a Navajo sweat lodge outside Shiprock on the tribal reservation, according to the court papers.

Begaye, a resident of Waterflow, New Mexico, following his arrest told investigators he sexually assaulted the girl and hit her over the head with a tire iron, the court papers stated.

He said she was still moving when he left her on the ground, where her body was later found, according to the court papers.

A judge told Begaye at his court appearance he would be provided an attorney, according to the Farmington Daily Times.

Representatives from the federal public defender’s office said Begaye was not yet listed as their client. He faces up to life in prison if convicted and is due back in court on Friday for a hearing on the conditions of his detention. 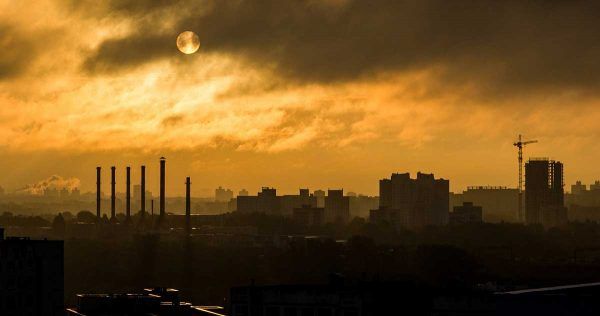 Ranking of the World's Most Polluted Cities
We live in a world where economic growth and a healthy environment are often at odds with each other. This truth can be seen in the smokestacks of coal power ...
click here to read more
Advertisement - Continue reading below
Share  On Facebook