(Reuters) – Florida Republican Governor Rick Scott on Sunday accused the federal government of lagging in providing assistance to combat the spread of the Zika virus in a Miami-area neighborhood, the site of the first U.S. transmission of the virus.

Scott was speaking on NBC’s “Meet the Press” about the neighborhood of Wynwood, where crews began aerial spraying on Thursday to kill virus-carrying mosquitoes. Zika can cause microcephaly, a rare but devastating birth defect.

The governor said state health authorities had identified 16 cases of Zika that were spread by local mosquitoes and criticized the federal government for failing to get more involved in battling the virus.

“We still need the federal government to show up. The President and Congress have to work together. This is a national, international issue. It’s not just a Florida issue,” Scott said.

A representative for the CDC could not be immediately reached on Sunday.

President Barack Obama, a Democrat, earlier this week called on Congress to approve more funds to fight Zika’s spread in the United States, saying that money to fight the outbreak is rapidly running out.

Scott’s comments come a day after Republican Senator Marco Rubio of Florida stirred controversy by telling political news outlet Politico that pregnant women infected with Zika should not be able to get an abortion, even when there was evidence the baby might be born with severe microcephaly.

“I understand a lot of people disagree with my view – but I believe that all human life is worthy of protection of our laws,” Rubio, a former candidate for his party’s presidential nomination, told Politico. “But if I’m going to err, I’m going to err on the side of life.”

U.S. health regulators said on Friday that they had cleared the way for a trial of genetically modified mosquitoes in Florida that can reduce mosquito populations, potentially offering a new tool to fight the local spread of Zika and other viruses.

U.S. health officials have concluded that Zika infections in pregnant women can cause microcephaly, a birth defect marked by small head size that can lead to severe developmental problems in babies. The World Health Organization has said there is strong scientific consensus that Zika can also cause Guillain-Barre, a rare neurological syndrome that causes temporary paralysis in adults.

The connection between Zika and microcephaly first came to light last fall in Brazil, which has now confirmed more than 1,600 cases of microcephaly that it considers to be related to Zika infections in the mothers. 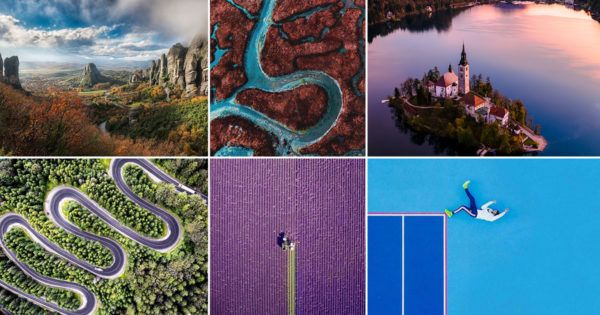 The Most Stunning Photos Taken by Drone Cameras
Drone photography has become all the rage in recent years for professional photogs. And why not? Instead of snapping that coveted pic of say, the Grand Canyon, from the same ...
click here to read more
Advertisement - Continue reading below
Share  On Facebook

Obama to travel to Orlando on Thursday: White House