LONDON (Reuters) – Prosecutors said they would consider whether singer Cliff Richard, one of Britain’s best-known entertainers, should face charges over alleged historical sex crimes after being handed a file of evidence by police on Tuesday.

Richard, 75, has twice voluntarily met officers from South Yorkshire Police after it launched an inquiry in 2014 into allegations against him that date back to the 1980s and involve an under-age boy.

The singer has never been arrested and has always said the allegations against him are false.

The Crown Prosecution Service said it had received a “full file of evidence” from the police.

“We will now carefully consider its contents … in order to establish whether there is sufficient evidence to provide a realistic prospect of conviction, and whether it is in the public interest to do so,” it added in a statement.

Richard was first interviewed by detectives after police raided his home in August last year when he was on holiday. The search was filmed by the BBC after the broadcaster was given advance warning.

That raid led to criticism from lawmakers who described the co-operation between the police and the BBC as “inept” and causing “irreparable damage” to the singer’s reputation.

Richard, born Harry Webb in 1940 and who was called Britain’s Elvis Presley early in his career, has had 14 No. 1 singles in Britain.

He is the only singer to have topped the UK singles chart in five consecutive decades, from the 50s to the 90s, and was knighted by Queen Elizabeth in 1995.

With his backing group The Shadows, Richard was one of Britain’s most successful performers in the pre-Beatles era of the late 1950s and early 1960s. His early hits include “Summer Holiday” and “Living Doll.” 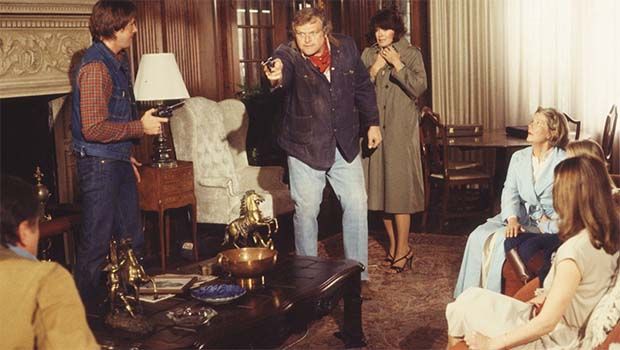 16 Facts You Didn’t Know About ‘Dallas’
Dallas hit the airwaves in 1978, and became a worldwide phenomenon in 1980. The tale of greed and oil in Texas followed the many twists and turns of the Ewing ...
click here to read more
Advertisement - Continue reading below
Share  On Facebook