Directed by Clint Eastwood, “Sully” handily outperformed recent expectations, which had been in the $25 million range. The action-adventure, which recreates 2009’s “Miracle on the Hudson” emergency landing, generated an A CinemaScore in a strong signal that “Sully” should continue to draw well in coming weeks.

Sony-Screen Gems drama “When the Bough Breaks” opened respectably in second with $15 million at 2,246 sites. Lionsgate’s launch of European animated comedy “The Wild Life” generated only modest interest in fifth place with $3.4 million at 2,493 locations while Relativity’s horror film “The Disappointments Room” was nearly invisible with $1.4 million at 1,554 screens for a dismal $901 per-screen average.

“Sully” stars Hanks as Chesley “Sully” Sullenberger, the career pilot who successfully landed a damaged U.S. Airways jet in the Hudson River after it hit a flock of geese following takeoff from LaGuardia Airport. Eastwood directed from a script by Todd Komarnicki, based on the autobiography “Highest Duty” by Sullenberger and Jeffrey Zaslow.

“Sully” generated the top gross for a post-Labor Day weekend and the fifth-best September opening ever after “Hotel Transylvania 2,” “Hotel Transylvania,” “Insidious: Chapter 2” and “Sweet Home Alabama.” The film premiered at the Telluride Film Festival on Sept. 2 and has received largely laudatory reviews with a current 84 percent fresh rating on Rotten Tomatoes.

“Older audiences tend to support movies like this more over the long haul,” he added.

Goldstein noted that two recent Hanks movies have generated strong holds — 2012 hostage drama “Captain Phillips,” which opened with $25.7 million on its way to a domestic total of $107 million; and Hanks’ most recent film, “Bridge of Spies,” which debuted in mid-October with a $15.4 million opening weekend at 2,811 sites and also had a strong hold as it wound up with a $72 million domestic total.

Paul Dergarabedian, senior media analyst with comScore, noted that PostTrak audience survey stats showed that 82 percent of the audience for “Sully” was over 25 years of age with 39 percent listing Hanks as the reason for attending the movie and another 20 percent giving Eastwood being the director.

“Both statistics are uncommonly strong,” Dergarabedian said. “It’s a perfect kick off movie for the Fall movie season of 2016. ‘Sully’ brings one of the world’s most beloved stars and one of its great directors together in a true life drama that delivers the kind of gravitas and depth that defines the so-called ‘Oscar season’ that usually takes some time to ramp up, but this year gets right to work.”

“Sully” generated $4 million from 375 Imax locations for a $10,666 average in what’s touted as the first Hollywood film ever shot entirely on Imax cameras. Eastwood had announced in April that he was shooting the film using the digital Imax Alexa 65 cameras.

“Sully” has a production budget of about $60 million, so it will need to show holdover strength in the following weekends to make it into profitable territory. Village Roadshow Pictures is a co-producer and co-financer with Warner Bros.

“When the Bough Breaks,” which has modest $10 million production budget, stars Morris Chestnut and Regina Hall as a couple who desperately wants a baby. They hire a surrogate, played by Jaz Sinclair, who develops a psychotic fixation on the husband as the pregnancy progresses.

“When the Bough Breaks” generated a B CinemaScore with an audience that was 62 percent female and 61 percent over 25 with Sony distribution president Rory Bruer asserting that those numbers indicate holding power in the coming weeks.

Sony’s third weekend of horror-thriller “Don’t Breathe” finished third with $8.2 million at 3,384 locations to bring its 17-day total to $66.8 million. Bruer noted that the 48 percent decline represented an excellent hold for the genre.

Warner’s sixth weekend of “Suicide Squad” followed in fourth with $5.7 million at 3,103 sites for a domestic total of $307.4 million. “The Wild Life,” which tells the Robinson Crusoe story from the point of view of the island animals, opened somewhat under expectations at $3.4 million.

Lionsgate’s second weekend of Spanish-language comedy “No Manches Frida” continued to perform well in 11th with $2.2 million at 465 sites.

“The Disappointments Room,” starring Kate Beckinsale and Lucas Till, finished in 17th as the first Relativity title to hit the market since the mini-studio emerged from bankruptcy in April. The film, which carries a $16 million price tag and was shot in 2014 by D.J. Caruso, centers on a hidden room in the attic at a rural home.

Relativity has indicated that most of its efforts on “The Disappointments Room” are aimed at the home video and VOD market. 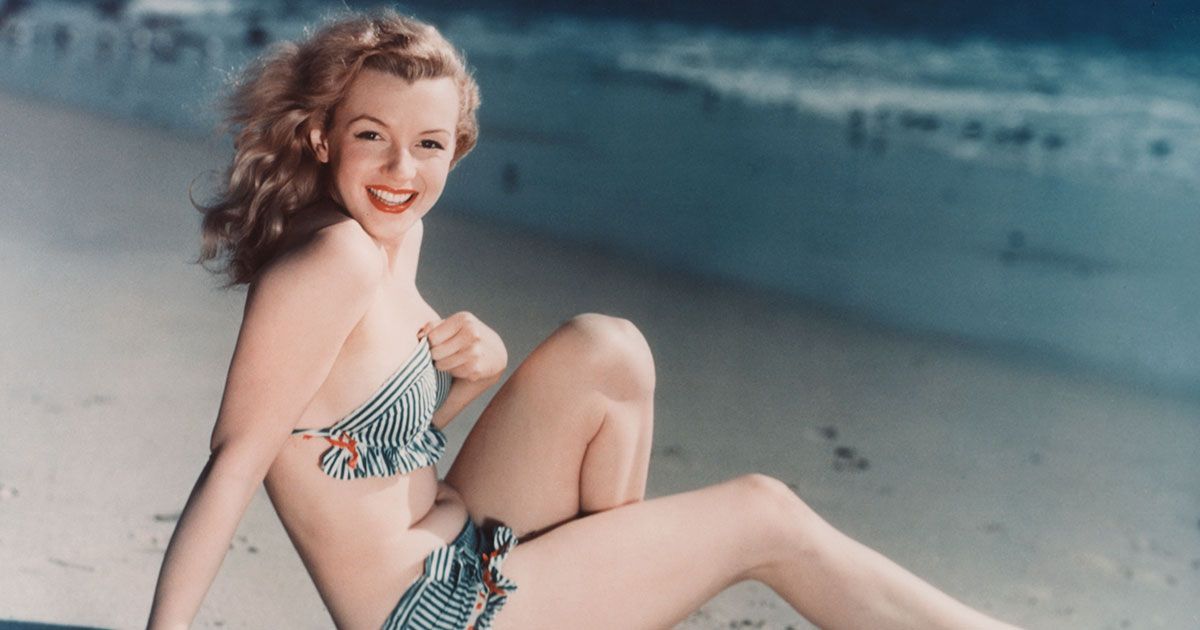 What You Don’t Know About the One and Only Marilyn Monroe
There’s something almost mythical about Marilyn Monroe. One of the true giants of Hollywood, the actress and model only lived for 36 years before her untimely death, but in that ...
click here to read more
Advertisement - Continue reading below
Share  On Facebook

The Richest Contestants Ever to Appear on ‘Dancing With the Stars’