WASHINGTON (Reuters) – The Obama administration’s top Supreme Court lawyer is leaving office at the end of June having won a string of major cases including fending off challenges to President Barack Obama’s signature healthcare law and legalizing same-sex marriage.

“For five years, Solicitor General Don Verrilli has fought in our nation’s highest court for a better future, winning landmark cases that moved America forward,” Obama said in a statement.

Verrilli twice successfully defended the 2010 Affordable Care Act, known as Obamacare, against conservative challenges. In 2012, the court ruled 5-4 to uphold the law against a broad legal attack. Three years later, the justices rejected a second challenge on a 6-3 vote.

In other major victories, Verrilli urged the justices to strike down the federal Defense of Marriage Act, which barred the recognition of same-sex marriages for the purposes of federal benefits. The 5-4 ruling striking down the law in June 2015 helped pave the way for the court’s 5-4 landmark 2015 decision that legalized gay marriage nationwide, which Verrilli also advocated for.

In another case, Verrilli successfully persuaded the court in 2012 to strike down provisions of a harsh anti-immigrant law in Arizona on a 5-3 vote.

“Through these and many other cases – and through his thoughtful counsel and principled advocacy – Don has built a legacy of inclusion, expanding opportunities and civil rights for all Americans and moving our country forward,” Attorney General Loretta Lynch said in a statement.

Setbacks included the court’s 2013 ruling on a 5-4 vote striking down a key provision of the Voting Rights Act, a law enacted to protect minority voters. He also lost a case 9-0 in which a company challenged Obama’s authority to appoint members of the National Labor Relations Board when the Senate was in recess.

The court has yet to rule in several major cases Verrilli argued this year, including a challenge to a restrictive Texas abortion law and his defense of Obama’s executive action that would protect more than four million immigrants from deportation. 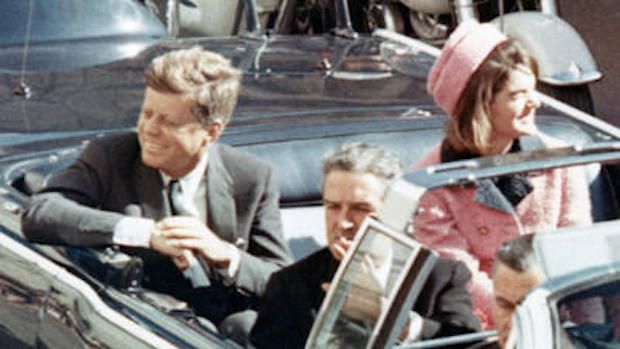 How Much Do You Really Know About the JFK Assassination?
November 22, 1963, is a day that changed America forever. President John F. Kennedy was gunned down — many would say in the prime of his presidency — by Lee ...
click here to read more
Advertisement
Share  On Facebook