But when we queried a few of the world’s foremost filmmakers for tales from their working pasts, we got some startlingly original responses for this latest installment in Reuters’ monthly “First Jobs” series.

Just perhaps, their unique beginnings helped fashion the plot for the creative lives they lead today.

“I went to a stage school in London, and my first job was actually a video for the band Culture Club, ‘I’ll Tumble For Ya.’ I was around 12 at the time, and a bunch of us from that school – including Naomi Campbell, by the way – auditioned for it, and they picked the dozen best dancers.

“Culture Club was huge at the time. I remember I had to wear shiny blue hot pants, and dance in front of a fake New York City backdrop. Every once in a while, that video gets posted on Facebook, and I have to relive it all over again.

“It was pretty wonderful, actually. What could be better for a first job, than to dance to one of your favorite bands? I remember they paid us around 30 pounds a day, which is about $45 in today’s dollars. It was pretty grueling – a very hard, long day.

“Boy George was so kind. A couple of my fellow dancers in that video were such huge fans that they used to hang out where he lived, just trying to catch a glimpse. My job was basically to help them get through that day without passing out.”

“I was 16 at the time, and worked as nighttime janitor at my father’s office in Montpelier, Vermont. Unfortunately for them, I was horrible at the job.

“I used their stationary and pencils to draw comic books, and their photocopier to print copies of the amateur comic books I drew. I used to fold and staple them into comic books, which I then sold at my school for 5 cents apiece.

“My own father fired me, because I was constantly distracted and using office equipment to self-publish. I believe I am the only employee my father ever fired.”

“When I was growing up, my dad owned a store called Ark Surplus in Mount Clemens, Michigan. So at a very young age, from around 5 years old all the way until I moved away from Detroit at around 18, I was forced into labor by my father.

“I hated every minute of it. I was always given the worst job, like doing inventory for boxes of 10,000 screws. I also had to fold things constantly because some jackass would always come through the store and paw through everything and tear apart all my hard work. I cleaned bathrooms for 13 years.

“Eventually, they put me behind the knife counter. This was in a real working-class part of Detroit, so I was selling knives to the scariest dudes I’d ever seen in my life. Every day I’d be standing one foot away from bikers holding giant Bowie knives. Just one thrust forward from any of those guys, and I’d be dead.

“I always knew that I wanted to be an artist, though, and finally I got the big opportunity to do a TV commercial for the store. The local station sent out a crew, which was basically one guy with a camera. I wrote, and directed, and starred in it; I think it might still be online somewhere. After that, I thought I was a big local celebrity.”

“The first thing I ever earned money for was literally to just stand there, for a designer named Ritu Kumar in Calcutta. Apparently, my body size was just what she needed, so my job was to stand while a couple of young Italian girls went around and pinned various fabrics on me.

“For that, I got a princely sum of rupees – around $1,000 a month. Remember, this was back in 1974 when I was 17, so that was really unbelievable money. I would do that for five hours during the day and then go do political street theater at night, so I was inhabiting completely different worlds.

“What did I spend that money on? It must have been books. In India during the 1970s, for some reason, we had all these subsidized books from Russia. Russian classics like Dostoevsky, Chekhov, Tolstoy, for like 5 cents each. It was fantastic.”

(The writer is a Reuters contributor. The opinions expressed are his own.) 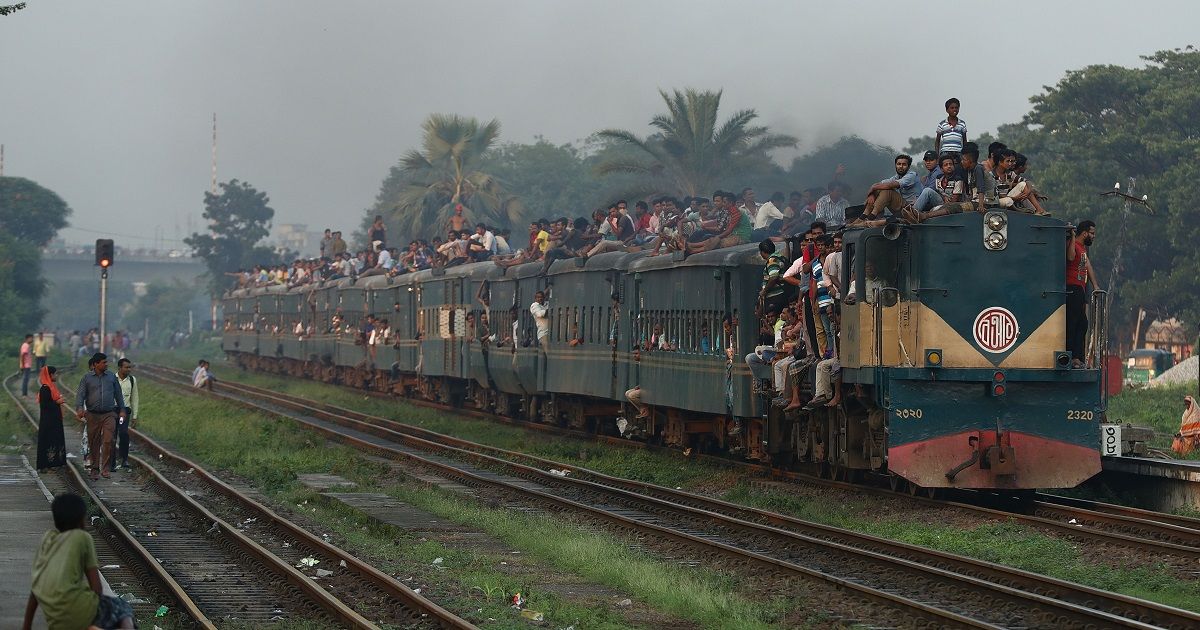 What Does Rush Hour Look Like All Over The World? We’ll Show You!
If you’re anything like us, the words “rush” and “hour” together probably turn you into a sweaty mess. Large masses of people, overheating, wasted time, and zero personal space are ...
click here to read more
Advertisement - Continue reading below
Share  On Facebook