The word hero gets thrown around a lot, but only a select few are deserving of the title. Even though one cop who punched through ice to save a child doesn’t want to be known as one, he most certainly is.

Washington County, Utah sheriff Sgt. Aaron Thompson risked his life — and saved one in the process — when he dove into a frozen pond on Christmas day to save an 8-year-old boy who fell in after chasing his dog.

Unable to get to the boy, Thompson forced an opening in the pond by punching through ice and slush for 25 feet. He found the boy about five feet under the surface, scooped him up, and brought him back onto land. It’s believed that the youth was in the near-freezing water for approximately 30 minutes. He was flown to a nearby hospital after being rescued.

“You never know exactly what you’re going to get into,” the deputy told reporters. “I just made the decision that I was going to go get him.”

Thompson was the right man for the task at hand. A trained rescue diver and former member of the sheriff’s dive team, he was uniquely qualified for the mission.

The boy survived — his name wasn’t disclosed — but little is known about his current condition. According to NBC News, Thompson suffered hypothermia symptoms, cuts, and bruises. His injuries, of course, could have been a whole lot worse.

Despite the harrowing and life-threatening incident, Thompson returned to work on the Tuesday after Christmas.

“It’s not me, it’s us,” he told NBC News in regard to being hailed as a hero. “…That’s the real story here. I was just the one that went out into the water.”

Leave your comments in the section below, and make sure to SHARE this heroic and inspirational story with your family and friends.
← Previous Post
Next Post → 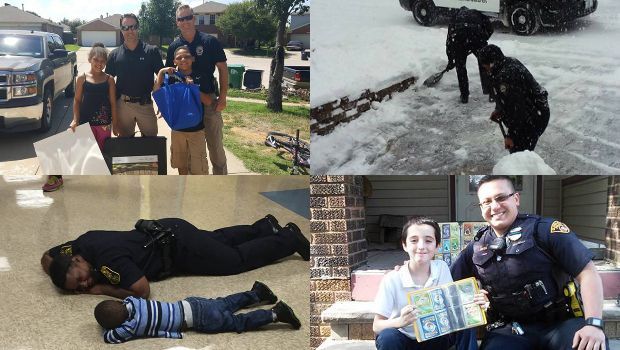