(Reuters) – Celebrities and the elite unleashed tech-themed haute couture at the Met Gala on Monday night in New York, lighting up the Twittersphere much like a dress worn by Claire Danes.

Danes caused an early flurry on social media wearing a Zac Posen dress, similar to Cinderella’s ball gown, which was illuminated from underneath as she walked the red carpet. The Twittersphere briefly mistook the “Homeland” actress for model Heidi Klum.

Pop singer and co-chair of the Gala, Taylor Swift, however appeared to win the night. True to the “Manus x Machina: Fashion in an Age of Technology” theme for this year’s Costume Institute exhibition, “Tay Tay” shimmered in a silver Louis Vuitton gown, black lace-up heels and boldly dark lipstick.

“Am I crazy? I like how Taylor Swift looks? I think it’s editorial. #MetGala,” wrote editorial director of Paper Magazine Mickey Boardman (@AskMrMickeyv).

Others didn’t take as well to Swift’s selection.

Kanye West and Kim Kardashian showed up to the ball “twinning” in Balmain, prompting the Fashion company to go viral on Twitter with many users expressing their “over-it” feelings toward the line.

Beyonce, who has dominated the Met Gala red carpet in recent years, wore a Givenchy gown. The singer tops dress searches at the gala on Google from 2004 to present, according to GoogleTrends ‏(@GoogleTrends).

Anna Wintour, the American Vogue editor-in-chief and organizer of the star-studded event, was the first to arrive at the Met’s annual fund-raising ball. Paparazzi snapped photos of her white-fringed Chanel dress alongside her daughter, Bee Shaffer, who wore a custom gown by Alexander McQueen.

The hashtag #MetGala was top trending in the United States on all of Monday with more than 1 million total mentions. 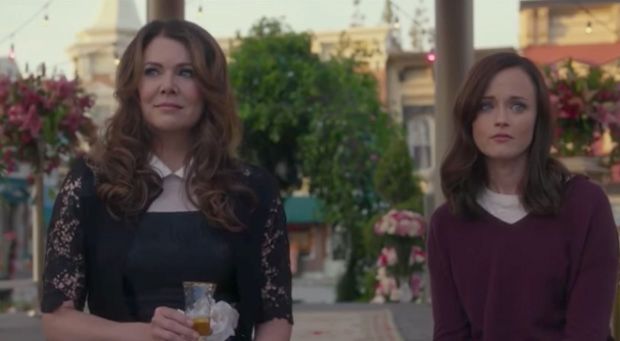 Gilmore Girls Trivia — Can You Get All 20 Questions Right?
So you’re a Gilmore Girls fan. Who isn’t? (Don’t let your husband or boyfriend answer that). The show is full of everything we could want in life — dreamy guys, quirky ...
click here to read more
Advertisement - Continue reading below
Share  On Facebook