What do JP Morgan Chase CEO Jamie Dimon, two large pizzas, and North Korea share in common? The answer is neither world domination nor a lack of mozzarella. Rather, enter bitcoin, a digital currency with common threads between these three things, and much more.

What exactly is bitcoin? The term is used abundantly in the financial sector of the news, yet “bitcoin” remains as cryptic as the Russian scandal and as complex as the Targaryen family tree.

To start, bitcoin doesn’t actually exist in tangible form. Yes, there are physical collectible tokens, such as the Casascius coin and the Satori coin. However, the majority of bitcoins are traded online via “the blockchain,” an extensive ledger that records every transaction in chronological sequence.

First mentioned in a white paper written by Satoshi Nakamoto in 2008, blockchain technology shares transaction records through a peer-to-peer network. This growing, public ledger not only digitizes currency but also decentralizes it.

Consequently, bitcoin is a form of digital currency that completely circumvents bank or government regulation. Users can create new bitcoin by “mining” or solving complex mathematical proofs. In order to preserve the value of bitcoin, the original creator(s) have capped the total amount of possible mined coins at 21 million.

But the advantages of buying and using bitcoin go beyond speculation, as the blockchain technology behind it allows many types of transactions to be processed with minimal friction. Hence, many have jumped aboard the train not only for investing matters, but also for the secure and efficient transfer of data.

Of course naysayers have also joined the caravan.

Since its birth in 2008, bitcoin has faced wave after wave of criticism from prominent voices. While some leaders such as Bill Gates have switched stances to now favor the cryptocurrency, others like Dimon remain adamant that Bitcoin will collapse, comparing the cryptocurrency frenzy to the Dutch Tulip Mania of the 1600s. In addition, China has banned initial coin offerings, and North Korea is suspected of mining coins to finance Kim Jong Un’s brutal and isolated regime.

Regardless of where you sit in this debate, the technology underlying bitcoin is highly effective, possibly revolutionary, and definitely disruptive. Share your comments on bitcoin mania and its future below. 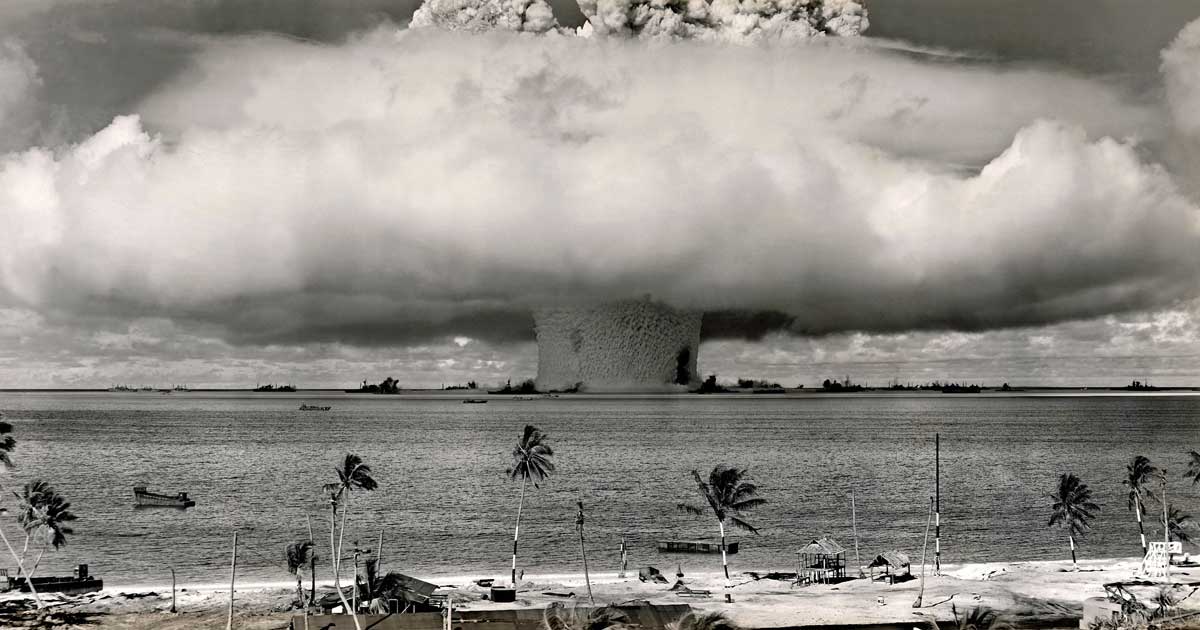 Shocking Photos of America During the Cold War
The Cold War was a period of geopolitical tension that came about after the Second World War. Though no actual war occurred in the physical sense, times were tense in ...
click here to read more
Advertisement - Continue reading below
Share  On Facebook