If you haven’t heard of the tiny homes movement and how it’s sweeping the nation, you must live under a rock. Tiny homes are the latest fad, but besides being trendy, many people feel that they’re an affordable and creative alternative to the traditional house.

In light of the tiny home’s popularity, a user of Instructables name Making It There decided to start his own project. He wanted to completely overhaul a Sprinter cargo van. He says that he dreamt of doing something like this for years, but finally made the leap.

The project didn’t come without costs as Making It There needed to book a trip from Portland, Oregon all the way to the East Coast. There he purchased the exact Sprinter model that he had always wanted.

In order to turn the van from eyesore to incredible, Making It There first had to gut the full interior. The project took over six months, but upon completion, it’s an RV-like vehicle that’s more than suitable for a nomadic lifestyle. Let’s go through the process step-by-step!

Making It There started the project by using a program he loves, CAD. Using the software he created a design that fully mapped out his new RV.

Once the layout was finalized, he was able to create a materials list by breaking up chunks of the design, like the cabinetry, into lesser pieces.

Insulation was a task Making It There wasn’t capable of doing himself, so he hired a professional. First, though, he had to prep the interior on his own. This involved masking and taping the interior with painter’s plastic and taping off areas that would be featuring paneling.

The insulation work didn’t take longer than 15 minutes for the professional to install, and it dried instantly.

After the insulation, Making It There need to install the meaty part of the van, the drywall. For paneling, he used a pre-finished sheet of baltic birch plywood. Because the plywood was fairly flexible it formed to the curve of the van nicely.

The flooring came next and that had a huge effect on the homeyness of the van. It immediately took on a warmer tone and started to look more finished.

Next came assembling the cabinets and there were MANY pieces to put together. Making It There found it easier to assemble in his garage and then move the finished cabinets into the van.

After assembling some of the upper cabinets, he started to install them in the van before working down.

Making It There used a CNC to cut the birch cabinet pieces and so they came together quickly. Then came the installation which required little effort.

Since he knew he would be in the van for extended periods of time, Making It There included a working oven and kitchen sink along with the propane and water tanks in the cabinets underneath.

Making It There installed storage along with solar panels on top of the van for functionality.

Finally, the van was finished!

The interior has a surprising amount of space, and overall the van is very usable for camping or road trips.

If you’re interested in executing a similar project, check out the detailed instructions here on Instructables. 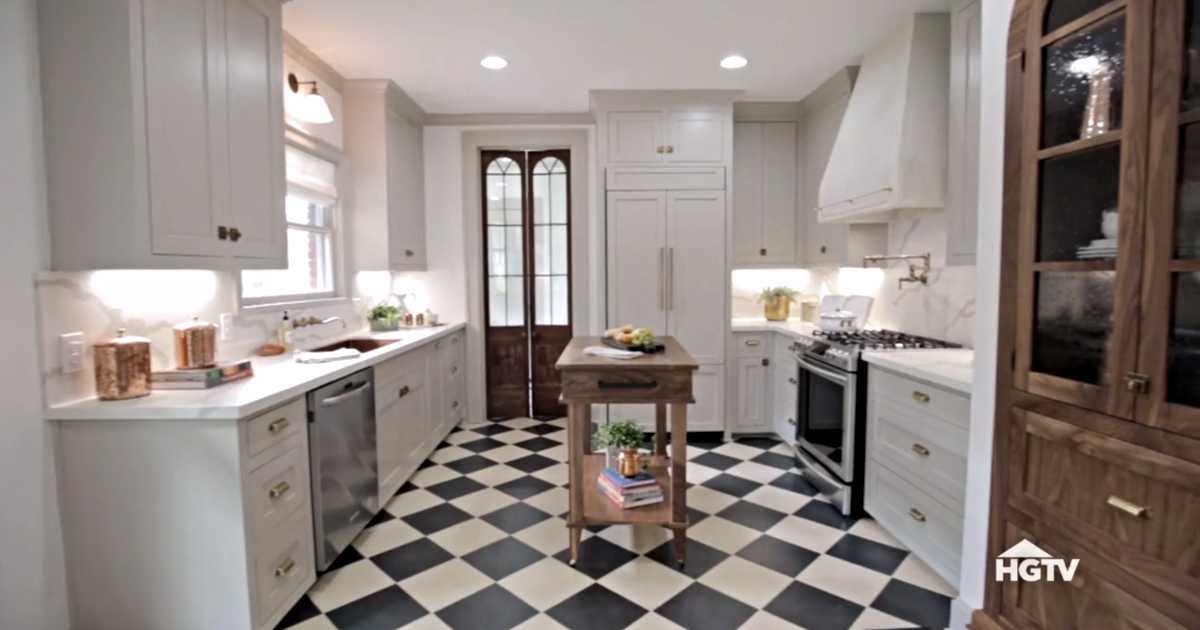 The 20 Most Breathtaking Kitchen Makeovers of HGTV’s ‘Fixer Upper’
Be honest: How many times do you stumble upon a home remodeling show while flipping through channels, settle on it for a while, and the next thing you know you’ve ...
click here to read more
Advertisement - Continue reading below
Share  On Facebook

The Biggest, Most Successful Criminal Heists in History