Do you ever see something on Pinterest and feel so inspired, but were afraid that if you tried to do it that it would be too much of a challenge? If you aren’t one of those crafty types, your project might end up as a Pinterest fail meme. No one wants that.

Fortunately for Pippa Branham, she’s got all the creativity that we lack and then some. When she moved into a new, permanent home recently, she decided to really make it her own. And one avenue for creating her dream home was to transform her boring wooden staircase into a larger than life stack of her favorite books. So, with the support of her husband and daughter, she began the preparations to turn her staircase into the ultimate book lover’s dream. After purchasing supplies, collecting images, and many hours of work, Branham finished her project. And, it looks amazing!

This was the first time that she was really able to do anything to her home to personalize it, Branham told Buzzfeed. She was first inspired by a photo she saw on Pinterest. “It was just an image I saw,” she said. Since there weren’t any instructions included, she had to use her own creativity to create these beautifully painted stairs.

She had to buy many different kinds of paint and supplies, including tons of masking tape. In order to give the stairs some traction and add texture to help the paint stick, Branham mixed a small amount of play sand to the paint. She was able to find most of her supplies on sale, which she loved. The most expensive supply, the Plasti-Kote spray sealer, was given to her as a birthday present by her sister-in-law.

Interestingly, Pippa and her husband briefly considered carpeting the stairs when they first moved in, though once they got an estimate they realized that this option would be less expensive and more fun. The whole project cost her about $320, which is about $275 less than if they had just gone with carpeting.

Branham had 13 stairs to paint and chose the spines of her and her husband’s favorite reads. This aspect of the project was challenging because she had specific book covers in mind. Since many titles are often printed with different covers, it took a long time to track down the image of the spine from the exact printing they read.

“The particular spines were chosen based on the spines which matched the book I had read at the time I read them, rather than just the book covers which are available now,” she explained. “I had read some of them through library services or borrowing from family and friends so I had to track them down to get images of the spines sent to me.”

Branham says that the hardest part of the whole undertaking was the sideways lettering. Looks like she did a great job, though! With the light from above the stairs are almost luminescent.

Branham says that these beautiful stairs took her around 35 hours to complete over the course of six weeks. 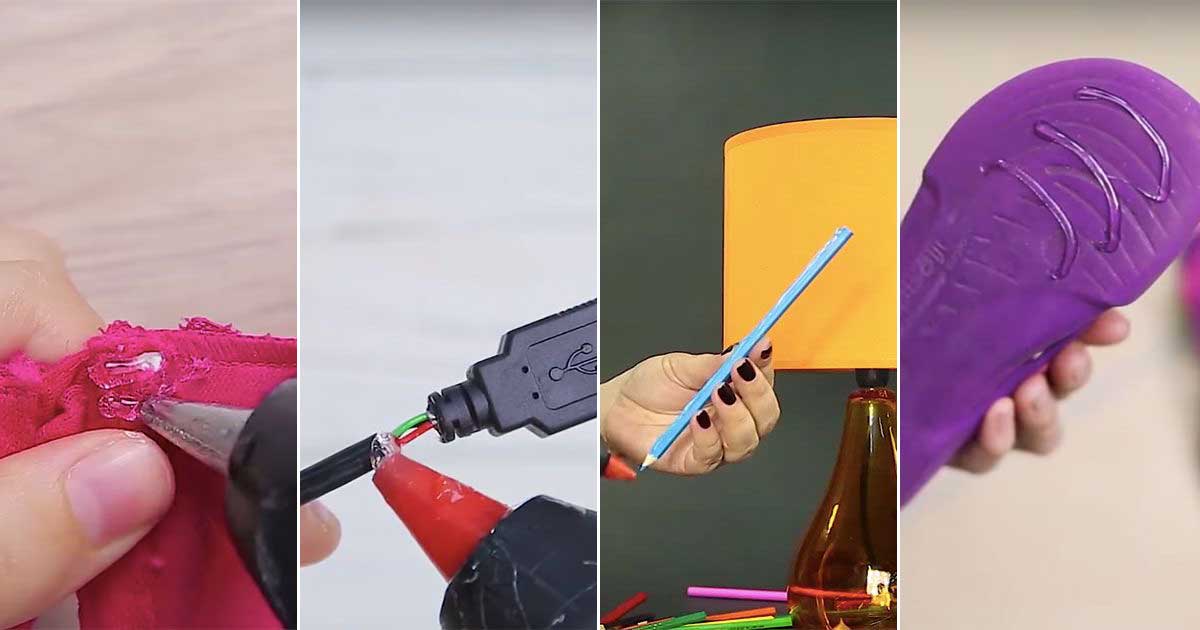 Insanely Easy Hot Glue Gun Hacks You’ve Been Missing
Hot glue guns are a staple when it comes to craft projects, but did you know they’re good for so much more? From quick wardrobe fixes to home improvement, there ...
click here to read more
Advertisement - Continue reading below
Share  On Facebook